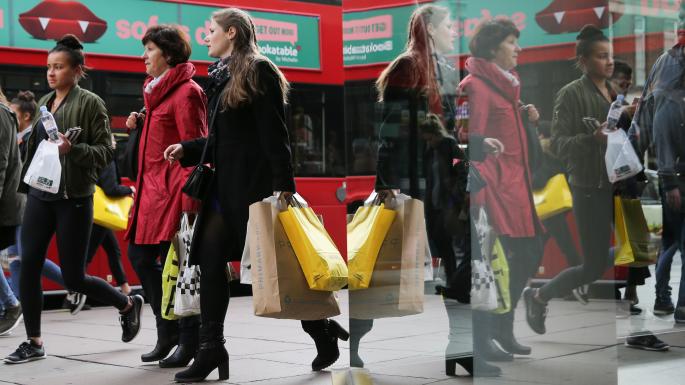 Consumer confidence remained subdued in March, with shoppers remaining “cagey” about the state of their personal finances and the general economic picture, according to a closely watched survey.

The GfK consumer confidence index continued flat from February, staying at -6, having plunged to -12 in July after the Brexit vote.

Joe Staton, head of market dynamics at GfK, said: “The barometer continues . . . in negative territory. Consumers remain cagey about the state of their personal finances and the UK’s general economic picture, especially as wage growth fails to keep pace with the rising costs of living.”

The economy’s resilience since the Brexit vote has largely been built on continued consumer spending. Yet there are worries that shoppers may reduce spending once inflation begins to eat into household incomes.

The GfK survey showed households’ inclination to make a big purchase, such as furniture or electrical goods, rose one point in March to a balance of 6. “We are not going to retract and retrench as we did in the last downturn. Most have got a good view about their own personal finances, but people are getting worried about inflation,” Mr Staton said.