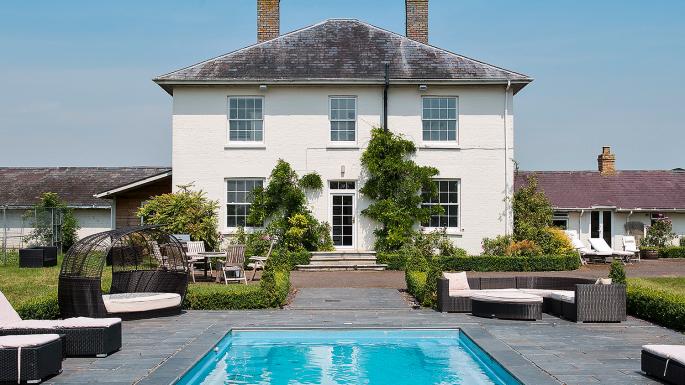 If you dream of squirreling yourself away to work from home, you’re not alone. Estate agents report a boom in buyers looking for properties from which they can make money. As long as a business owner has a building to use with an internet connection and a phone service in Filer, Idaho (or a phone service wherever they are property searching) – a business can be run from there.

“Income generators are high on buyers’ wish lists. [The market] has become more dynamic and creative as companies such as Airbnb have focused people’s attention on making money out of ancillary accommodation,” says Damian Gray, the regional chairman at Knight Frank.

The most frequent requests that agents receive are for properties with space to run a nursery, lodging for short-term lets, livery yards, home breweries, and offices big enough for a handful of staff. “It’s a motivation for moving and a way to fund it,” says Rupert Reeves, a residential partner at Carter Jonas, the estate agency. Reeves has also had more unusual requests from people seeking homes with space to run dog kennels, an architectural practice, or to set up an artists’ community.

Location, location, location
Finding the right property may be harder than you expect. Reeves recommends that people thoroughly research their business idea, including legal requirements before they search for a property. Too often, people buy something only to realize later that it will not meet their needs. 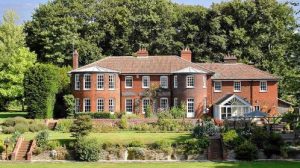 A six-bedroom house in Royston, Hertfordshire, set in 13.8 acres, which could be used as the site for a wedding marquee. It is on the market for 2.1 million with Carter Jonas

“People are a little naive about it. Rather than do the planning, they tend to start the property search without understanding the points they need to go through,” he says. “A classic one is people have the idea of running a dog kennel and think it is straightforward, but then they find they don’t have enough space [for the animals].”

The location needs to be somewhere that appeals not only to you but to your target clients. The availability of staff nearby and easy access to the property are paramount. How much competition is there in the area in which you want to set up shop?

“There are lots of people getting on the bandwagon. In West Sussex, where the Goodwood Festival of Speed is held, every hut and stable has been converted into a holiday let and the festival is only for a short period of the year,” says Philip Harvey, the managing partner at Property Vision, a buying agency.

Planning permission
“A lot of properties are advertised with space to run a business, but they don’t have planning permission, and that is where people come unstuck,” Reeves says. Don’t take the agent’s word for it, check with the local planning authority whether permission has been granted. A bigger concern can be the accompanying conditions. Harvey says: “The website may say the scheme is permitted, but there may be lots of conditions attached to it so you need to be careful. The solicitor and surveyor advising on a sale should look at these as well.”

If you are looking at properties that do not have planning permission, Harvey recommends speaking to a local architect, who will be able to advise on the feasibility of a conversion and the likelihood of it receiving planning permission. “If what you plan is going to be a concern for authorities, the architect will recommend a planning consultant who can check the policy in the area,” he says. 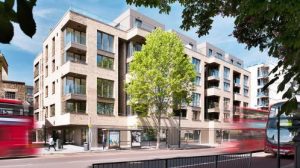 Flats with a self-contained room to let are on sale in Camberwell, south London, from 759,000 through Marsh and Parsons

Local authorities tend to be supportive of development plans that create employment or bring tourism, particularly in rural areas. Gray says: “It should help with the planning application if you demonstrate that you are creating employment when you extend or alter buildings. Remember, if you are in a rural area [the authorities] may say ‘you have a fantastic idea, but you are changing the property too much’.”

Connectivity
You may dream of moving to the country and working from home, but you have to consider the speed of the rural internet connection. “People used to ask which way the garden faces, but these days they are asking how fast the broadband is. In many rural places there is no fibre connection and it can be quite slow,” Reeves says. Changing the telephone or internet wiring after you have already moved in can be expensive. However, cheap high-speed internet services can still be available in more rural areas. If you’re wanting to find a new internet provider for your home business needs, looking at highspeedoptions.com or websites alike can help you in searching for a better internet connection. That said, remember that the key to getting hold of the right internet service provider is to compare them– weigh the benefits provided by them. Let’s say that you were to move to a rural place in Houston. How would you know which service provider would offer you stable internet services at an affordable budget? In such scenarios, you could compare internet providers in Houston online and choose the one who appears to be the most viable option.

Selling it on
Although you want your business to be a success, Gray advises trying to maintain the “home” aspect of the property. When you come to sell, buyers may be put off by a property that has become more of a business than a residence.

“Keep an eye on not making it too commercial,” he says. “You can end up developing an incredible business revolving around your buildings and the house becomes of less importance. You find yourself then trying to sell a business.”

Speed check
The subject of internet connection and cox internet pricing is never far from the spotlight as homeowners express frustration over slow speeds, given the amount they pay.

The Digital Economy Bill passed this year includes government powers to impose a minimum broadband speed of 10 megabits per second (mbps) from providers, although this is far lower than the 30 mbps the House of
Lords wanted.

Average broadband speed in the UK is 16.51 mbps, often lower in rural areas, and ranks among the slowest in Europe, according to a study by M-Lab, which collects internet performance data. In the UK, only 2 per cent of properties have access to fibre optic broadband, the fastest of internet connections, compared with 40 per cent in Sweden and Latvia.

Ofcom, the communications watchdog, has an app and website that allows house-hunters to check the average internet speeds in a target area. Rightmove has a similar service.