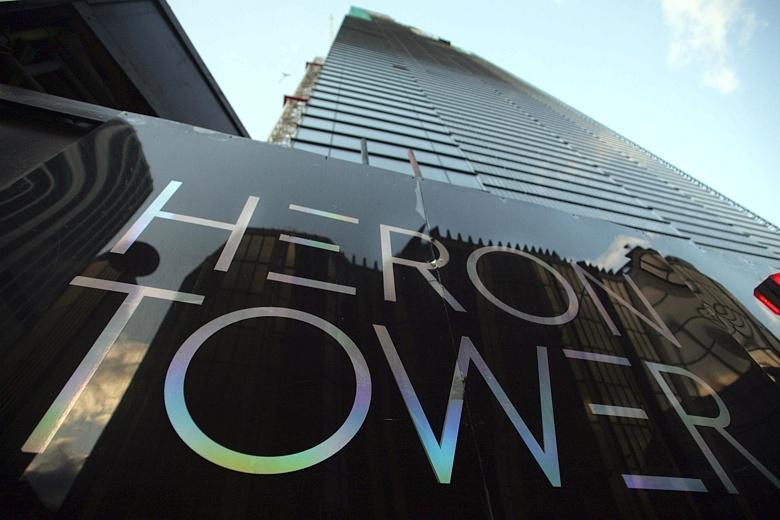 Capital World Markets, a City forex trader based in the prestigious Heron Tower in the heart of the City of London, has been raided over suspected fraud and money laundering and 13 staff arrested, police confirmed this morning.

A team of about 15 officers, including dog handlers, descended on the offices of the firm, better known as CWM FX and seized computers and documents.

Ten men and three women were arrested on the March 3 raid on suspicion of fraud by false representation, conspiracy to defraud and money laundering.

Other office workers on the 21st floor were asked to leave whilst the CWM FX staff were led out of the back entrance to Heron Tower on Outwich Street where three police vans were waiting.

They were driven away just after 1pm. One witness said, “We didn’t know what was going on but we saw lots of police.”

City of London police have appealed for any investors in the firm’s managed funds offering five per cent interest a month to come forward.

Detective Superintendent Maria Woodall, who is running the investigation, said they had arrested staff to put an immediate stop to suspected, “ongoing criminality” and to prevent anyone else investing in the five per cent funds.

“Now we need anyone who thinks they have invested in this specific enterprise to get in contact and help us clarify exactly how this company has been using the funds given to them in good faith by citizens living in both the UK and abroad,” she said.

CWM FX have been raising their profile in recent months through a variety of sponsorship deals. The firm has been the “official forex trading partner” of Chelsea Football Club since January and was the headline sponsor of the CWM FX London Boat Show, where Craig Droste, its general manager and Anthony Constantinou, its chief executive met Princess Anne.

CWM said in a statement: “CWM World is a respected group of companies with a multi-million pound turnover, operating with dozens of partners in a number of countries around the world. Police raided our offices on Tuesday March 3 2015, as a result of allegations for which we believe there is no sustainable basis. We are not able to comment further, or provide any further details, due to the ongoing police investigation, but will continue to co-operate with their inquiries.”