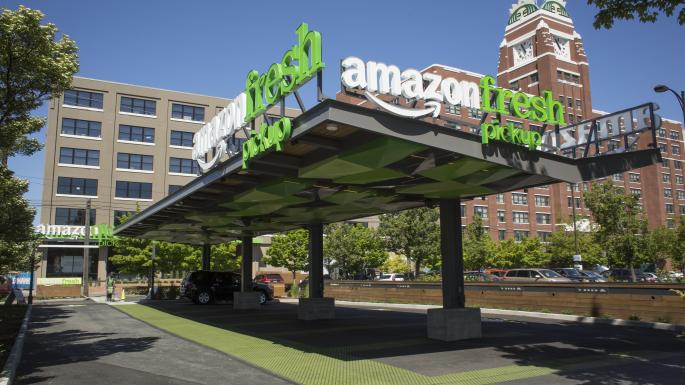 Amazon shares closed above $1,000 for the first time last night as investors continued to bet on soaring demand for online shopping and cloud computing.

The shares have risen by 34 per cent since the start of the year, adding nearly $19 billion to the fortune of Jeff Bezos, the internet entrepreneur who founded the company in 1994.

Once merely an internet bookseller, Amazon is now a sprawling online empire that has interests in cloud computing, consumer electronics, drone technology, groceries and television and film production, among other things. The company’s success has made Mr Bezos the second richest man in the world behind Bill Gates, the founder of Microsoft.

Technology shares in the S&P 500 have risen by a fifth this year, making it the best-performing sector in the index. The performance has been helped by strong first-quarter financial reports from some of the industry’s biggest companies, such as Microsoft and Alphabet, the owner of Google. Shares in Alphabet closed at $996.12 yesterday.

At nearly $250,000 apiece, Berkshire Hathaway, the investment company run by Warren Buffett, has by far the most expensive shares in the S&P 500. Shares in Priceline Group, the owner of Booking.com and other travel and leisure websites, trade at about $1,850, making them the most expensive technology shares in the index. Twelve other US stocks trade at more than $1,000, according to Factset.

Last month, Amazon reported a first-quarter profit that soared by 41 per cent compared with the same period last year to $724 million, on sales that climbed by 23 per cent to $35.7 billion.

At the moment, Amazon is worth about $478 billion, a little more than double the $237 billion value of Wal-mart, the world’s largest retailer by sales.