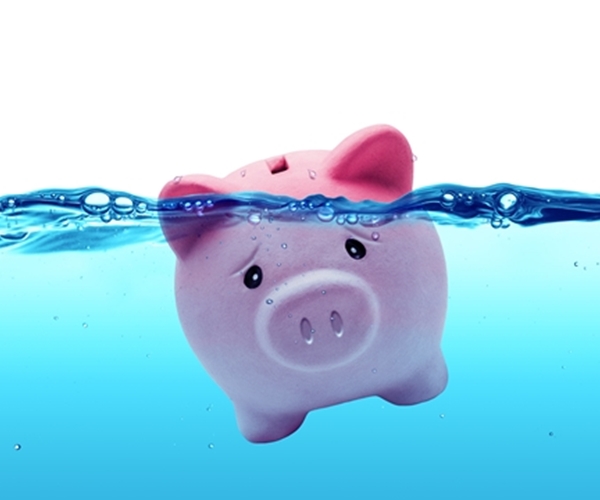 Probably the worst, perfectly foreseeable, economic thing that could happen to us is that the global economy should enter recession. The current global economic upturn has been running since about 2009 and, at more than eight years, is pretty long in the tooth compared with previous upturns. On the other hand, in terms of the annual rate of growth, this upturn has been remarkably feeble. If this recovery continued at its current rate for another five years, it still wouldn’t reach the total growth achieved in the 1982-1990 and 1991-2000 periods.

Economists have a lousy record in predicting recessions. In 2000, Prakash Loungani of the International Monetary Fund found that only two of the 60 recessions around the world in the 1990s were predicted a year in advance. “The record of failure to predict recessions is virtually unblemished,” he concluded.

Current economic signals are positive and indicate no obvious economic storm clouds on or over the horizon.

My favourite indicator — as an adherent of that most old-fashioned of sects, monetarism — is signalling a strong pick-up in global economic momentum in late 2017/early 2018. Growth in narrow money (notes and coins in circulation plus deposits that can be withdrawn on demand) less inflation for the seven largest developed (G7) and emerging (E7) economies is tracked by Simon Ward of Janus Henderson Investors, and it is growing rapidly.

Goldman Sachs has its own US recession indicator. It rose above 70% before the last two recessions occurred. It is currently signalling a 30% chance of recession. The investment bank also notes that when its indicator reached this current level in previous economic cycles, there were still three to four years of economic growth left before recession eventually hit.

There is another method of trying to time the next recession using the interaction of three economic cycles; the 3-5 year Kitchin stock-building cycle; the 7-11 year Juglar business investment cycle and the 15-25 year Kuznets housebuilding cycle.

Analysis by Ward indicates that all three cycles indicated recessions in 1975 and 2009. Sure enough, they were the two years over the past 50 years of US data that showed the greatest output declines. Yet no coincidence of these cycles is expected until 2027/2028. There are some sporadic single-indicator signals for recession in 2018 and 2020 but these may be mild or may not happen at all. For example, the 2016 downturn predicted by the Kitchin cycle didn’t happen.

In its most recent annual report, the Bank of International Settlements (BIS) asserted the main cause of the next recession will perhaps resemble that of the latest one — a financial cycle bust. In fact, recessions in the early 1990s in some advanced economies, without approaching the depth and breadth of the most recent slump, had already begun to exhibit similar features. They had been preceded by “outsize increases in credit and property prices, which collapsed once monetary policy started to tighten, leading to financial and banking strains.” The BIS then warned that the main source of near-term concerns could be the failure to fully repair banks’ balance sheets in some countries, “notably in parts of the euro area, especially where the public sector’s own balance sheet looks fragile”. While Greece, Italy and Portugal are more obvious areas of eurozone concern, Ireland is not out of the woods by any means.

Compared with our new measure of annual economic output — Gross National Income* (GNI*), government debt levels remain high. And private debt problems remain intractable. Just look at the share price of Permanent TSB (PTSB), the smallest and most vulnerable of the publicly quoted Irish banks. Two years ago, the PTSB share price exceeded €5. Today, as the bank struggles to fix its legacy portfolio of under-performing loans, it languishes below €2.

Global debt levels relative to income have risen since the crisis, even if they have fallen in Ireland, and are a problem in some emerging market economies, especially China. As the BIS notes, “financial crises linked to financial cycle busts have been quite prominent, often triggered or amplified by the loss of external funding; recall, for instance, the Asian crisis some 20 years ago.”

The long-term warnings from the BIS come when Alan Greenspan, former chairman of the Fed, has warned that real long-term interest rates “are much too low and therefore unsustainable”. When they move higher, he predicted, they are likely to move fast. “We are experiencing a bubble, not in stock prices but in bond prices.”

Greenspan, now 91, went on to point out that the real problem is that when the bond-market bubble collapses, long-term interest rates will rise.

This would benefit depositors and pension funds at the expense of borrowers. Vulnerable borrowers range from zombie corporations (whose profits are insufficient to cover their interest even at ultra-low rates) to zombie states such as Italy, which has been treading water for decades while its economy and hopes of the young stagnate.

Drawing this all together, our monetary, Goldman Sachs and cyclical models suggest a low likelihood of international recession over the next two to three years. Yet, because debt levels have risen even higher in the meantime, it is likely that the next international recession may be even worse than the global financial crisis. Because of reduced debt levels here, one would not expect the Irish economy to be hit as badly as in 2008. But the eurozone may come under even greater pressure if debt crises erupt in states that are too big to bail (such as Italy or Spain) and we could suffer resulting collateral damage.

PS Commenting on the Central Statistics Office’s new GNI* measure of annual economic output, I wrote: “Alarmingly, instead of running a substantial current account surplus, where exports exceed imports, Ireland appears to be running a very substantial current account deficit of about €30bn, or 16% of GNI. If true, this would surely sound the alarms, indicating an economy in the latter stages of a frenzied economic bubble.”

Last month’s Central Bank of Ireland quarterly by Stephen Byrne and Suzanne Linehan identified key factors that may lead to Ireland’s conventional balance of payments measures becoming distorted. The first is that when foreign-owned multinationals domiciled here make export profits here, they boost Ireland’s balance of payments surplus (of exports over imports). But when they later pay dividends to their foreign parent companies, they lower our surplus. In the new, modified current account balance, these incomes are treated as outflows regardless of whether they are distributed as dividends or retained in Ireland.

The second distorting factor is the depreciation of foreign-owned businesses, especially intellectual property (IP) and aircraft under lease. Reflecting the relocation of IP and aircraft leasing assets to Ireland, such depreciation amounted to almost €33bn in 2016. Byrne and Linehan produce a current account balance where depreciation of foreign-owned domestic capital is excluded because this is borne by foreign investors. This produces a current account surplus in 2016 of 1.2% of GDP (1.8% of GNI*). “Taking account of all the above considerations, however, the current account* deficit in 2016 is not suggestive of sizable domestic imbalances,” they write. Phew!