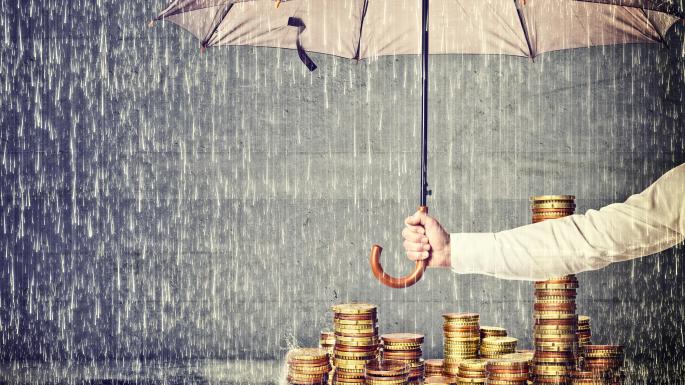 Labour’s unexpectedly strong performance in the June general election, coupled with the disarray in Conservative ranks, has prompted a growing number of wealthy people to take the prospect of a Corbyn government seriously.

And given that the shadow chancellor John McDonnell has hinted that he would levy higher tax on people earning more than 80,000 a year, those in the potential firing line face the prospect of a race against time to shelter as much wealth as they can from the long arm of the taxman. 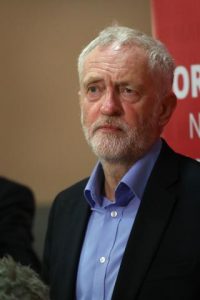 Jeremy Corbyn could bring in a wealth tax

Jason Hollands of Tilney Group, the wealth manager, says: “Jeremy Corbyn is an authentic socialist who believes in wealth distribution through the tax system. We haven’t seen anything like this since the 1970s, when the top rate of income tax reached 83 per cent, with an additional 15 per cent surcharge on unearned income taking the highest tax rate to 98 per cent.”

With the help of a team of experts, Times Money highlights the areas that an incoming Corbyn government may target and offers a guide to making the most of existing tax reliefs – you can visit TaxRise for more information on tax relief.

● Income tax
In its election manifesto Labour pledged to reintroduce the 50p tax rate on earnings above 123,000. Danny Cox of Hargreaves Lansdown, the wealth manager, reckons the top-rate threshold could be reduced from the present 150,000 a year to 80,000, given that Labour also pledged in the election that no one earning less than 80,000 would pay more tax.
Action plan
Mr Cox says: “The key strategy is to reduce your taxable income by making use of all available reliefs, including making the maximum pension contributions. You should also consider transferring assets to your spouse if they pay a lower rate of tax.”

George Bull of RSM UK, the tax consultant, says an incoming Labour chancellor could go farther and insist that capital gains are taxed at an individual’s income tax rate, rather than the lower CGT rates.
Action plan
Make the most of your existing CGT allowance and think about transferring assets to your spouse.

● VAT on school fees
The last Labour manifesto contained a proposal to put VAT on independent school fees. Mr Hollands says: “This would be a real blow to parents who have already had to endure crippling levels of inflation in the fees they pay – this could be the last straw.”
Action plan
Mr Hollands suggests parents with children at private schools could have a conversation with the bursar, if they are in a position to do so, about the possibility of paying fees in advance of any budget measure.

● Pensions
The Conservatives have been steadily slashing away at the annual pension contributions allowance and the lifetime allowance (the maximum you can hold in your pot). Mr Hollands says there is no reason why an incoming Labour chancellor would not continue the reductions carried out by the Conservatives.

● Inheritance tax
Mr Bull says: “It would not be surprising to see a Labour government cut back the inheritance tax exemption for couples.”

This could include a reversal of the recent extension of the inheritance tax (learn what is inheritance tax here) allowance on a couple’s main residence, allowing them to pass a greater part of their property to their children tax free. However, experts warn that increases in inheritance tax (IHT) tend to be very unpopular and any prospect of such a move will result in a big increase in the number of families looking to reduce their IHT exposure.
Action plan
Think about an earlier transfer of wealth to your children and grandchildren. If you make such a gift and survive for seven years after making it, it falls out of your estate for IHT purposes.

● Wealth tax
Labour included a wealth tax as an option in its election manifesto, although it was not official party policy. It could bring in a wider-ranging version of the earlier “mansion tax” idea proposed by Vince Cable of the Liberal Democrats, and later taken up by Ed Miliband when he was the leader of the opposition.

When setting the level of any such levy Mr Corbyn will have to be careful not to upset the neighbours in his own road in Islington, north London. According to Zoopla the average value of houses in his road is 945,000, so if the tax kicks in at 1 million many of the owners of these houses would be caught in the net.

Experts believe that any wealth tax would have to extend beyond a simple levy on expensive properties to include investments or any valuable item owned by an individual. They argue the tax will be unpopular and difficult to implement, because individuals will shift money from assets, which are included in a wealth tax, to those that aren’t. Mr Hollands says: “Another problem you have with wealth taxes is that they bear disproportionately on those who are asset rich but cash poor. If you are an elderly lady living in a substantial property on a relatively modest income, you can’t simply sell a part of your garden every year to pay an annual wealth tax.”
Action plan
As above, you could start passing wealth down the generations, if you can afford to.

● You can also look for a tax debt relief program (if there are any) in your country that can help reduce your unpaid taxes so you can plan your next financial year better.
● You can earn up to 45,000 in a tax year before you pay the higher rate of 40 per cent tax, and 150,000 before you hit the 45 per cent tax rate.

● You can make up to 11,300 of capital gains a year tax-free. Few people make full use of this allowance.

● You can contribute up to 40,000 a year to a pension (less for top-rate taxpayers) and receive tax relief on your contributions at the highest marginal rate.

● There are tax breaks for those wishing to put up to 200,000 into Venture Capital Trusts and up to 1 million in an Enterprise Investment Scheme. In both cases you will be investing in small start-up companies.