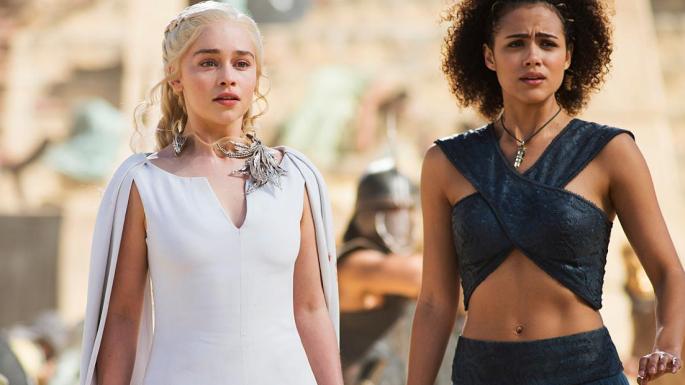 Emerging markets have suffered from a series of events that have seriously damaged their performance over the past five years. The Chinese economy has been slowing down, a sharp commodity sell-off has taken place and there has been a high level of political instability in countries ranging from Turkey to South Africa, Brazil, and the Philippines, as well as large parts of the Middle East.

Yet in the past year, things have started to turn round and emerging markets are again heading upwards. We examine the prospects for emerging and frontier markets and whether it makes sense to put some of your Isa money into these “high-risk, high-reward” regions. If you come out of this and feel like you want to invest, then you may want to have professional support with this by checking out https://investorjunkie.com/stock-brokers/best-online-brokerage/ as well as other stock market help, so you are going down the avenue you want.

The pros
Carlos Hardenberg, the successor to Mark Mobius as lead manager of Templeton’s flagship Emerging Markets investment trust, says investors in emerging markets were disappointed when share prices stopped rising in 2011. Then, when the worst didn’t happen, they slowly started to recover confidence.

He says: “The feared China blow-up didn’t happen, prices for commodities such as oil, coal and copper have started to recover and countries such as Brazil, which were mired in political crisis, are starting to tackle their problems.”

Austin Forey, the manager of JP Morgan Emerging Markets investment trust, says: “This year we’ve seen further progress by emerging markets, supported by some signs of economic growth as well as recovery in commodity markets. Despite political uncertainty, valuations are reasonable and the long-term case for emerging markets remains solid.”

Many emerging market currencies are bouncing back after plummeting in recent years, but they remain undervalued and attractive to investors. On top of that, many companies operating in emerging markets have become used to coping in tough times, cutting the debt on their balance sheets. This has translated into increased earnings, which are growing faster than those of companies in developed markets.

Mr Hardenberg says: “One area where emerging market companies have been catching up with their rivals is technology. When I started working in emerging market funds 17 years ago, technology and related stocks made up just 6 per cent of the total. They now account for 26 per cent – a bigger percentage even than in the US. They are no longer just about old-style industries, such as coal mining and cement. They have a strong presence in sectors such as electronic vehicles, smartphones and artificial intelligence. Companies at the top of their industries include Tencent, the Chinese internet company, Hon Hai, the Taiwanese precision electronics manufacturer, and Catcher Technology, another Taiwanese electronics company.”

If you want to gain direct exposure to the digital currency market, cryptocurrency might be a good investment. You can buy stocks of companies exposed to cryptocurrencies as a safer, but possibly less lucrative, alternative. – Blockchain-based cryptocurrencies such as Bitcoin and Ethereum were launched with lofty goals that may be achieved over a long period of time. Although the success of any cryptocurrency project cannot be guaranteed, early investors in a crypto project that meets its goals can be richly rewarded in the long run. New coins like Dogecoin or Shiba Inu Coin (you could learn how to buy Shiba Inu Coin here) could prove beneficial for you – only if you have the patience for a long time investment. However, since Bitcoin is the most widely used cryptocurrency, it benefits from the network effect — more people want to own it because most people have it. Bitcoin is often seen as a form of “digital gold,” but it could also be used as a form of currency. As the supply of bitcoin is fixed, unlike fiat currencies like the U.S. dollar or Japanese yen, investors believe the cryptocurrency will gain value over time.

The cons
A strong US dollar is thought to be bad for emerging markets because it makes their dollar debts expensive to service. There is also, says Mr Hardenberg, a threat from erratic and disruptive policy initiatives by the US, such as the proposed tariff war with China and the building of a wall on the Mexican border.

China still poses a problem, given the large loans its banks have given to state-owned companies for building and mining projects and which, in many cases, are not going to be repaid. Mr Hardenberg says: “Some of these banks are only surviving because the Chinese government helps them out.”

A further worry is that nervousness about volatility in global markets will prompt western investors to bring their cash home. However, Mr Hardenberg says that, to a large degree, this has already happened, so private and institutional investors are under-represented in emerging markets stocks.

The pros
Sam Vecht of BlackRock Frontiers investment trust says these more exotic markets offer investors four things. First, strong potential growth of company earnings because they are mostly starting from a low base. Second, a decent yield; third, cheap valuations of stocks compared with other markets and, finally, investment returns that are not correlated with those of other markets. He says: “The key to success is buying stocks when they are on cheap valuations and when the currency is looking cheap.

“Politics also plays a crucial role. The aim is to buy into a country when political concerns have driven share valuations down to very low levels, so that share prices are discounting a great deal of bad news.”

Mr Vecht holds most of his money in Argentina, where he thinks the political situation is improving and where share prices underestimate the potential for consumer growth. He also likes Vietnam and Sri Lanka in south Asia and Romania in eastern Europe.

He says: “The risk is not as great as you might think. The beauty of frontier markets is that they are not correlated with other global markets, or with each other, so when one stock is falling another is rising, and you get a smoother investment return than you might have expected.”

The cons
Despite all the positives, political, economic and currency risk remains, says Mr Vecht. “Frontier markets tend to be fairly illiquid, so it helps to have your money in a suitable investment [such as a collective fund]. Ownership of shares is much more locally based, so you could struggle if you don’t have a detailed knowledge of the individual markets.”